What are the things that you do once a Game Of Thrones episode ends?

Discuss with friends and share reactions to particular moments?

Try connecting the recent happenings with previous episodes to look for foreshadowing and hints thrown somewhere?

Get back to normal life?

An end to this show would mean an end to some of the things listed above. As time would pass, all you can do would be – get back to normal life!

Before talking about the finale, let’s talk about the preceding two episodes. As you might have noticed (Did you, though?), there was no post for episodes 4 and 5. Because the fan community ceased to discuss about the show entirely and the talk in realm was only about the declining quality of writing. Showrunners David Benioff and DB Weiss (D&D) have been subjected to tonnes of memes, social media posts, terrible online ratings and even an online petition to remake season 8.

This uproar is understandable, but I’m not sure it’s justified. Everyone knows that the show has long ago went past the books, and the lack of source material is the reason most of us think why the writing has taken such a weird leap. But there are more factors in play.

There was an excellent Twitter thread to explain why the show seems so different Season 7 onwards from the one we knew till Season 6. You can read it here.

If the perspective is summed up, it’s not just the absence of source material but the nature of writing that changed which affected the last 2 seasons. Martin has decided the ending, but the journey of characters till there is decided by their motivations. There is a reason why Martin still hasn’t been able to release a book since 2011. It’s an increasingly complex web which needs to be untangled for the story to organically move forward. Unlike D&D he doesn’t have millions of dollars riding on his shoulders with the responsibility to end the biggest show in the history of television.

After considering the production costs, the makers came up with a 13 episode barrier and started writing keeping the ending in mind. The time leaps, uneven pacing, weird character decisions, predictable routes – all of it is to serve us with the ending that they had decided with. It would now be easier to understand why fulfilling of prophecies and proving the foreshadowing was too much to ask for.

Another major problem was the crazy fan following itself, and the reason why the show is so much loved. It’s not emotions, messaging and it’s of course not sex. It’s the twists, the fantasy aspect and the joy of reading between the lines (or should we say scenes?) to look for possible foreshadowing and predicting the ending. There have been die hard fans, all who would watch, re-watch and dissect each scene, hunting for clues and forming theories. Some of the theories were so elaborate that you’d almost think it would be true.

The most famous one – R+L=J was proved to be true which gave a sense of confidence to these theorists that they can turn out correct if it’s convincing enough. But what most of these theories lacked is justification from the character’s viewpoint and the repercussions of it. Which is why I was never among those reading each theory (or making my own) and hoping it pays off.

The side of the show which interested most of its audience went completely missing as the show progressed from Season 7 onwards. It also didn’t help that the story that once enjoyed the luxury of sidelining one of its problematic plots (Ahem….Dorne), now has to focus on just one or two. There weren’t other plots to make up for the flaws and compensate for the pacing. Eventually, it turned into a different show entirely. One that focused on the visuals and set out to selectively provide closure to some characters and plots.

The writing came with a perspective, and it had to, as the end approached. Even if they had made the story consistent, people would have been dissatisfied. The story can go a million ways, the character arcs and journey have been so vast that you can find justification to their actions by picking a few. But the popularity has turned over its head, and most of us have continued to feel the writing was terrible. And it’s all because out of the million possibilities, the one that the show chose didn’t turn out the way you thought.

There are fans like me who always watched the show without actively anticipating the next move. And to us, any end is satisfactory. Because we can sense the motivation that compelled the characters and not the other way round.

Let us discuss here about the major actions that irked many viewers and try looking it from the showrunner’s perspective. I had deliberately waited for this till the show ends so as to clearly understand what is it from this story that the makers ultimately want to say.

“Who will sit on the Iron Throne?” The question stayed with us all through the years, and the finale gave us the answer. In the words of Tyrion Lannister –

What unites people? Armies? Gold? Flags? Stories. There’s nothing more powerful in the world than a good story. Nothing can stop it. No enemy can defeat it. And who has a better story than Bran the Broken?… Who’s better to lead us into the future?

The Iron Throne has glorious lore of monarchs inheriting, sitting and fighting for it. For a throne that is made by forging insurmountable number of swords, it’s a given that bloods are always shed to earn them. The kings and queens, however just and worthy they might be, always come with a sense of entitlement which can cloud over certain judgements being passed.

Bran comes with none of these attachments. His extraordinary cognitive abilities and a soul void of extreme emotions, coupled with some capable men besides would make him a competent governor. A King, who is chosen by other lords (not by “everyone” just yet) and would be succeeded by the next most competent one.  And most importantly, he won’t require a wight to be brought to him, if the Winter comes back any time.

Knowledge is Power, after all. (Don’t let Cersei tell you otherwise.) 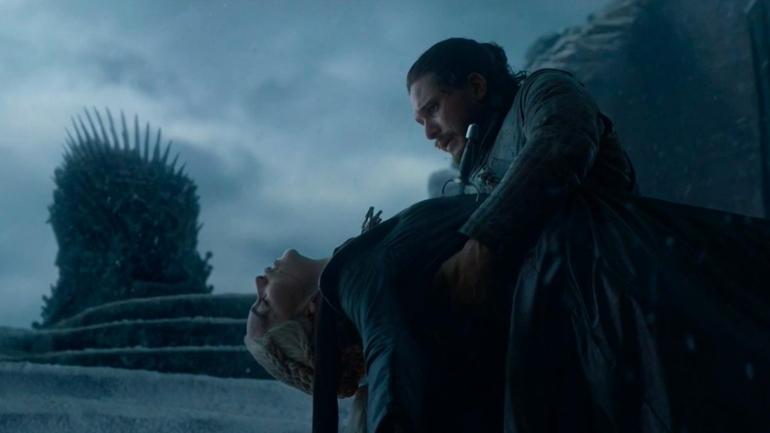 Did it take just 10 seconds for the most powerful, compassionate and deserving candidate for the Iron Throne to snap and kill millions of innocents for no reason?

Daenerys has always been a girl fueled by dreams. A dream to rule the world. A dream to take what was snatched from her ancestors. A dream to sit high up there while others bend the knee. Yes, her journey made her realize the importance of treating her soldiers as her own, winning hearts, keeping the good ones as close aide and always prioritize the wars that needs to be fought. She wasn’t someone who shied away from violence, but she selectively used it on the ones who deserved.

She did the right things. But that was never the motive. Deep inside, it was always about realizing the dream she saw. And in a world where good karma rarely paid off, things didn’t turn out the way she wanted.

She won battles, but lost her people. She won hearts, but love failed her twice. She gave it all in The Great War, losing her child (Viserion), her most trusted aide and many of the men she had started the journey with. But even that didn’t make the people of Westeros embrace her as Queen. She also suffered greatly from listening to a person who is the kin of the family that killed her father.

The final straw was Cersei poking on her vulnerability and making that come in her way towards the throne. Will the fear of harming the innocent crush her long standing dream? Will she worry about losing more, when she had already lost so much? Will she care about the people who never showed care for her?

Daenerys was there to rule the world, not hearts. 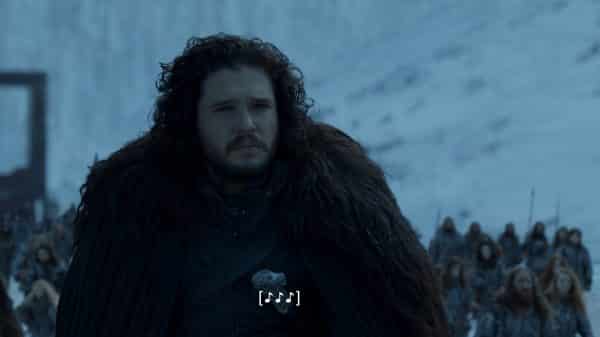 Another major complaint people had about its ending is how the true lineage of Jon Snow brought little to no impact to the story. A man who was treated as a bastard his entire life, took to the North and fought the wildest demons, was killed but then resurrected again to fight the greatest cinematic battle and romance the most powerful woman in Westeros. He certainly deserved better.

But it was Jon himself who chose his destiny. He didn’t let his last name do that for him, like Dany did. He lived and would probably die being Ned’s son.

Like I said, it’s important that we look at the entire story through the lenses of this particular ending to truly make sense of what the show wanted to say. Only then we can make peace with the ending.

Emotions – that’s what essentially makes mankind stand out from the rest of living beings. But emotions when not contained, when one type of emotion overpowers another – all hell breaks loose. It makes you take wrong decisions, it destroys lives, it drives wars and it brings the darkest creature within you.

Tyrion, Sansa, Jon, Arya, Bran – the pack that survives, contain their emotions, learn from their dark past and would lead the generation towards a brighter, (hopefully) less gruesome future.

This is what the mega story was all about. Of course, there have been many inconsistencies, even after keeping things in perspective. The pacing and set up to these mega events was rushed and never feel earned. And while a seemingly less important characters got the finest character arc (Sandor Clegane), the most well written one were stripped off their complexities (Tyrion) to serve the ending well.

Still, it has been a satisfying end overall. Could it have been better? Of course, by all means yes. Does it deserve the kind of backlash it received? In my opinion, no.

Nevertheless, it’s better to move on. When the show first aired, the scenario of Television and Shows wasn’t what it is today. Emergence of streaming giants like Netflix and Prime brought a whole lot of spectacular content. So much so that you are thoroughly spoilt to choose your next binge.

Binge is the era we now live in. Game of Thrones was possibly one of the last shows where people would eagerly wait on their TV screens after weeks and months of anticipation from the previous episode. Among many other reasons, this is one why the end of this show feels like the end of an era.