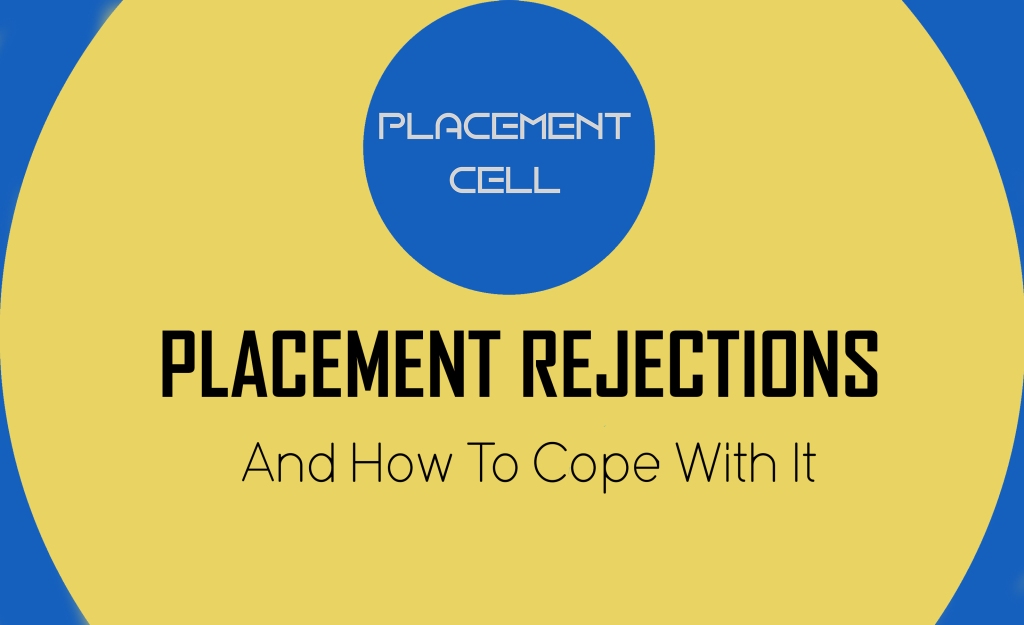 The placement season is on in full force, and you must have already felt the storm. CS labs are visited more frequently than your regular labs, people are getting placed overnight, treats are thrown, sweets are distributed and #BhaiKiPlacement posts are being made. There are three kinds of people in the fourth year batch right now.

1. Those who are yet to be placed.

2. Those who are placed.

3. Those who aren’t sitting for placements.

If you fall in the last two categories, you won’t be reading this. I am here to lift the spirits of the first kinds who feel they are on the losing side of a battle.I know how it feels.

Believe me when I say this : I know how it feels. I have also gone through more than 30 OTs, eagerly waiting for the shortlist, only to see my name missing. I have also felt the pain and exhaustion of getting rejected at the very end, when you have practically spent the entire day waiting for the results. I get it when you are dejected – not because you aren’t placed, but because someone less deserving than you already has an offer. As I’ve said earlier – placements is where your actual interaction with the real world starts. It’s unfair, unpredictable and relies on your fate as much as it does on your competence. And the problem lies with the fact that you can control one, but not the other. It’s normal to feel a little bad about it. But, like in the real world, you have no option but to live with it. I won’t give you the promise of “everyone gets placed eventually” because, let’s face it, that’s not a fact. The key here is to remain positive.

There will be days when you will feel good about an interview you’ve given or a GD you’ve attended. But they still don’t select you. At that point of time, there will be hundreds of things running through your mind.

“How can this happen? Everything went well!”
“Why was he selected and I’m not?”
“This company was really good. I should have tried harder.”
“How to break this news to my parents?”
“Will I really get placed?”

There is an excellent book by Mark Manson named ‘The Subtle Art of Not Giving a F*ck’ (I’m sure you must have heard of it). Among many life lessons, one that has stayed with me the most is its concept of choosing your reaction to the actions you have no control on. It gives the example of Malala Yousafzai – how she chose to fight the terrorists when an unpredictable event of an attack at her school occurs. Like her other classmates, she could have chose to remain silent, and that is what we all would have done at her place. But she decided to fight back, for which she is now known and praised globally.

So the next time you get rejected during the process, remain calm and form progressive thoughts to ponder upon. Like –

“Where did I go wrong?”
“What are the things I could improve on before the next process?”
“I will be placed someday. I tried my best today. But fate chose not to give me this company.”

The most common mistake people do at this stage is – register for every company that comes, out of desperation to get placed. Don’t fall into that trap. Just pause before you click on that Register button and remind yourself that you will be willing to spend your days and start your career with that company, if you chose to go for it. Any regrets at a later stage will be bad.

Placements might be a personal journey but there are lots of external factors influencing your mind and decisions. There are expectations from parents and faculties. You envy the friends who are already placed and the pressure to get a job increases as more and more people keep getting offers. You also have to look at the academics and juggle with assignments, labs, projects, classes, attendance. If all that isn’t enough, it’s your 7th semester, which means you also have to plan and prepare for the photoshoot and farewell. Yes, it’s too much to pack in for one semester. But that’s how it works.

In the midst of this all, your goals and pursuit shouldn’t get affected. The day you lose your calm, get low on self-confidence and accept your defeat, it would be all downhill from there. At the same time, make sure you’re not in the procrastination zone. Over-confidence, don’t-care attitude and taking things lightly will also prove to be fatal.

WHAT IF I DON’T GET PLACED TILL THE VERY END?

When it’s just a month or two before the end of 8th semester and you’re still not placed, start preparing for a backup. You can either apply for jobs offline or start with some exam preparation. Offline placements are tough, yes but not impossible. Keep looking online through as many ways possible and keep applying everywhere. I suggest not to look for your preferred field of work at that point, since getting a job would be your priority.

Placements are literally just tip of the iceberg. Once you get the job is when the real struggle starts. Some feel trapped in a toxic work environment, some feel the pay is less, some aren’t satisfied with the work given and many actually regret of getting the company at first place. Getting placed isn’t enough, getting placed at the right place is. When you start feeling bad about it, just remember that line. It also helps if you discuss the negative aspects of the company after a rejection, which will give you a slight satisfaction that the company wasn’t meant for you at all.

Hope you are now better equipped to deal with the rejections – should they come in future. I’ve tried helping as much as I can, but if you still find it difficult to deal with it, talk about it with someone close to you. When you will put it out in the open, you will find a way yourself.

If you think Placements are a terror attack on your life and you want to get past it, don’t give up by raising your hands. Be a Malala. Use your brains and fight them tactically. The war might go long or it might get intense. But it isn’t over unless you’ve won it.

Other Posts Under Placement Cell

Do’s and Dont’s of a Process