Since its launch few weeks back, Jio has been the talk of the town everywhere. People are furiously searching for the nearest Reliance Digital Store to make the most of the Welcome Offer it has come up with.

The creator is sitting comfortably, waiting for the market capture. While the competitors are having sleepless nights and heading to their dusted drawing rooms.

I decided to catch up with Mr. Ambani (the motabhai) and ask many of the important questions on Jio. Most importantly the first one…

I am not getting a SIM at any of nearby stores. Can I get a SIM, please?

A: Lol no. You are someone who writes fake interviews, attempting to humor your readers. Getting Jio is not a joke.

Speaking of joke, that TOI ad really worked. You were completely looking like Modiji with those white beard and jacket. 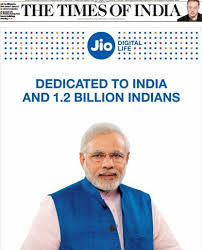 A: Umm, it’s Modibhai only.

Uh, is it? But why feature him? Couldn’t you do with a brand ambassador of lesser status?

A: Actually we wanted to show that Jio is for everyone – from chaiwalla to the Prime Minister.

Wow, that was deep.

So let’s move on to the network itself. What was your inspiration behind building such an incredible infrastructure for giving internet access to all?

A: Yes, you heard it right. iOn offers such cheap internet to people of Manipal, and with an unparalleled connectivity. Also, not forgetting, the best customer service one could give. I want to extend this kind of service to the entire nation.

[Whispering: Maybe he is doing a Chandler on me] But you could have done that with your little bro. There is still a Reliance Communication.

The reason why people are running to buy this SIM today is for its “Welcome Offer” of 90 days unlimited data. But what if people aren’t willing to pay so much for data yet? What if it’s used just for the “free call”? 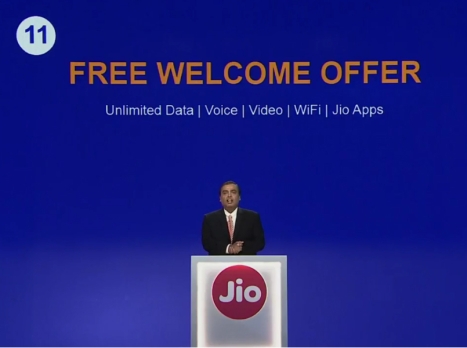 A: I know we Indians like free stuff. But there’s also the human tendency that they would be willing to pay for stuff if you show them what it’s like using it. Uber, Ola has done it. And so are we.

So all that you are here for is to bring a monopoly in the market?

A: In a way, yes. My little bro couldn’t do it. So it’s left to me. As they say, “There should always be an Ambani in every market”.

GOT reference! That wasn’t expected! 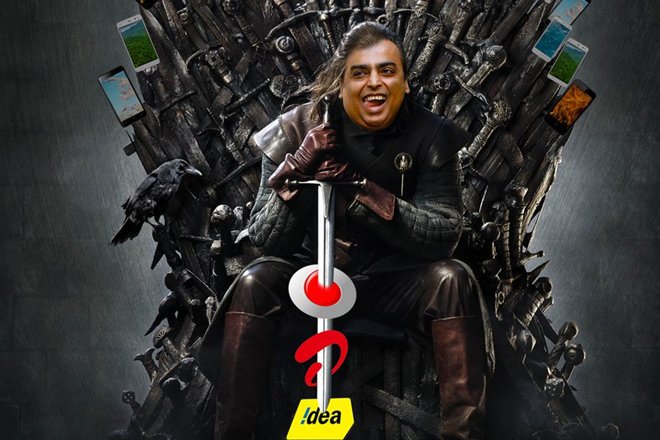 Recently, there has been a lot of complaints regarding call drops. According to this report, there are 12 crore call fails daily. Any comment on that?

A: That is all because of my competitor-friends. They are not providing enough interconnection points. What can I do?

When will this end? They hate you for being giving so much free stuff and pressurizing them.

A: 4G technology is 6 year old, and these people have been so lazy and careless in giving it to India. The network itself isn’t upto the mark and they charge like anything for it. For India to be digital, it should get the quality of network that it deserves and at a price that is right. We are just helping India in providing it.

But now they have started reducing prices. Some think, “Why to have Jio when my current plans are getting cheaper anyway”…

A: You want the SIM or not?

[The word “Unlimited” echoes in mind] Okay, so let’s move on. What are your plans after December 2016?

Well, that would have been so cool! I’m MI fan BTW!

A: Me too, obviously.

On a brighter side, what if Jio really works and you get the market share you are predicting?

A: I won’t do such nonsense interviews further [Walks out]

While the reporter follows him with his Aadhar and photo for a last try getting the Jio SIM.