April 17,2011. I wonder what was I really doing on that day. I was 14 years old and about to finish my 8th grade when the first episode of this show aired worldwide. From that day onwards till the days I joined my college, never had I ever heard, seen or read about Game Of Thrones (Yes, such people do exist) . It then took only a year to absorb this fantasy world and call it my own.

There have been many shows that have enjoyed the kind of popularity that Game Of Thrones has today. But many of them aired at a time when there was no social network. When the show was loved unconditionally, never dissected based on an episode and reviewed. When it wasn’t possible for a young student to make a small blog of his own and write his thoughts on a show for the rest of the world to read. When there was a charm in eagerly waiting for the latest episode to be aired on TV, knowing nothing about what’s to be followed. But as you can see, times have changed.

And it is at such times that GoT managed to still create that charm around it. Yes, the big twist was predicted (I myself had here). Yes, we did see a huge fan theory come out to be true. And yes, we’ve been manipulated towards welling up our eyes and make us badly wait for the next season. But that’s just not it.

The show does all of the above with such honesty that makes you wonder how much we could have enjoyed it had we not discussed them. The build up to all of those twists was so well done, but would now go unnoticed if you had already read about it coming.

What makes it more special is that inspite of tonnes of such discussion, the makers managed to come up with one thing or two that shocks every viewer in the world watching it. Tommen’s suicide is the second biggest jaw-on-the-floor twist I’ve had this season, after Hodor reveal .Cersei sitting on the Iron Throne too wasn’t expected.

Throughout the runtime, it made me go through so many emotions that is hard to explain. And harder to get over it.

Because ultimately, it’s not about a theory that went right, a plot device that was predicted or what error has the show made. What’s even more important is that we love these characters, the story and the world. It’s just overwhelming to see it live and not care whether it was expected.

After all this, I won’t be discussing what I liked and what I didn’t. Not even the customary Favourite Scene and Favourite Quote. Because frankly, I’m not in a position to pick one. Instead I have other things planned to prep you for the next season.

CHANGES IN THE GAME 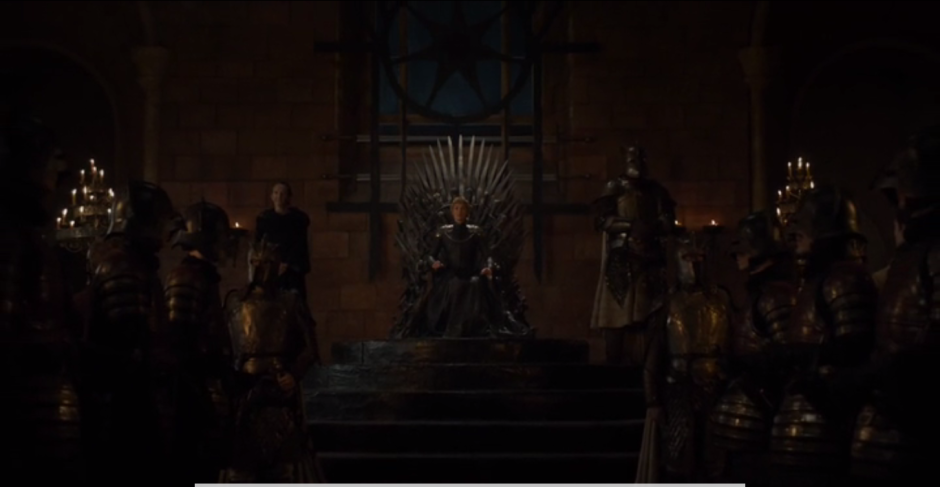 There are three teams contending for the Iron Throne claim:

Finally leaving her free cities for Westeros, fresh after making an alliance with Greyjoys, Martells and Tyrells. And of course, her three dragons accompanying her. She has left Daario and his Second Sons back at Meereen.

Cersei is on the Iron Throne. Apart from Lannister and Frey (is any heir alive now?) we aren’t sure of who else is supporting her. One of the two best friends of Crown has been extinct and the other has joined hands with the Mother of Dragons. 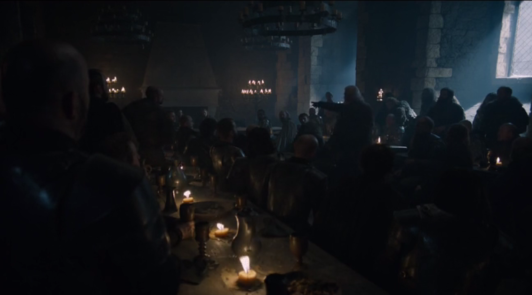 Jon being hailed the new King in the North, still has the support of the free folk and retains all the previous Stark loyalists. Except for Boltons, of course. Littlefinger seems to be having some game-playing, but yes, even the Arryns are with the Starks.

Then there are bigger wars like Winter. And right now, only poor Bran-Meera seem to be the lone warriors against them.

The ones that needs some research from our side, or is to be explained next time.

Is Cersei’s crowning under the laws of the Seven Kingdoms?

Can Ollenna join hands with her foes so easily?

Can Daario be trusted with his intentions? Now that Daenerys has refused to marrry him?

Why was the High Sparrow so reluctant and ignorant when Margery sensed something’s wrong?

How did Cersei catch hold of Septa Unella? What exactly was the Mountain doing to her?

When and how did Arya reach the twins?

What’s with Varys being on the ships when just minutes ago he was seen in Dorne?

Is Sansa really OK with Jon being hailed as the King in the North?

Is that all why Benjen made that surprise comeback? To drop off Bran near a weirwood?

Why the blood? Why the whisper? Why was Lyanna at the Tower of Joy? (I know the books have the answers but the show audience deserve an explanation)

If any of you have the answers, please let me know in the comments. 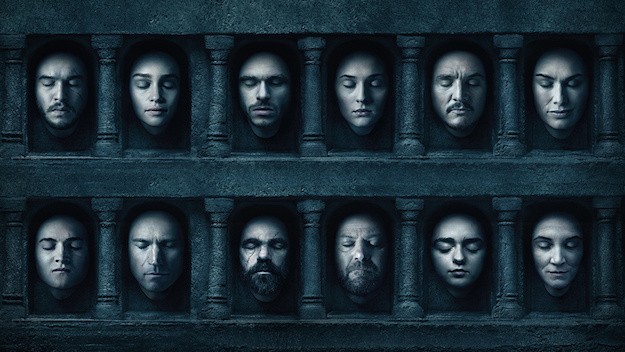 Yes, the season was even weaker in its story than the previous. The complications in the plot that we loved has been replaced by confusion which we don’t really like. But the good news is that the show continues to be bigger with its spectacle. The production value is impossible to compare with anything on TV and the show is still the very best in its genre. But the more popular the show becomes, more criticism it is likely to face. Some even unwarranted.

But here’s the thing – even if it stumbles many a times, the story is so dense and the visuals so delightful that the show is still a must-watch for all. And even if I go on to say that watching the last episode was an experience of a lifetime, I do wish these climactic plots were spread out for earlier episodes or in the premiere of the next season. However overwhelming it might have been, the last episode did feel rushed.

It was nevertheless a fitting farewell and an overall entertaining season. Cheers!

AND NOW FOR AN EMOTIONAL SPEECH

As I said, I don’t know how and when I got so much hooked to this show. I used to read all the fan pages with a fear that I won’t get the story (it was one of the first American shows I’ve ever watched and certainly the most complicated one). As I kept knowing more, I was further drawn in the world. The idea that the smallest of scene could hold so much significance and meaning hooked me on. I used to watch an episode and read the relevant chapters from the books. So that helped me dig more deeper and ultimately reach a point where I am writing fan posts on my own!

There will certainly be a void in my everyday routine now! I will miss my struggle to bring the per episode post as quick as possible. I will miss writing the content more than that. The discussions, the memes , the fan theories. All would fade away and all that is left are some memories.

The hodoring of Wylis, the sudden breaths and wide-eyes of Jon, the incredible battle of bastards, the three full-sized dragons flying high up in the sky, the rise of the mad queen, the tower of Joy and most vivid of them all, Mellisandre’s true avatar will stay in our minds until next year.

I sign off here! Thank you guys for reading my stuff, when there are clearly more options out there. I hope I can continue the same when the 7th season arrives.

Also, if you have missed any of my previous posts, then you’ll find links for all of them starting from the next line.

For episode 1, I expressed my concern for the Dorne storyline and introduced you to all the other languages (apart from the Common Tongue) that are spoken in this world.

In episode 2 there was the big Jon reveal along with many crucial things so I discussed the outcomes of each.

The episode 3 post explains why Varys is one of my favourite characters and how he is he important for the realm.

The heartbreaking 5th episode gave us more insight on the White Walkers and I digged more into their origin.

The show started to slow its pace from episode 6 so I thought it is about time to recap all the events that has happened till this point.

Relationships are an integral part of the story and episode 8 showcased it, and so did my post.

C’mon, there is only one thing you can talk about in the 9th episode. You know what.