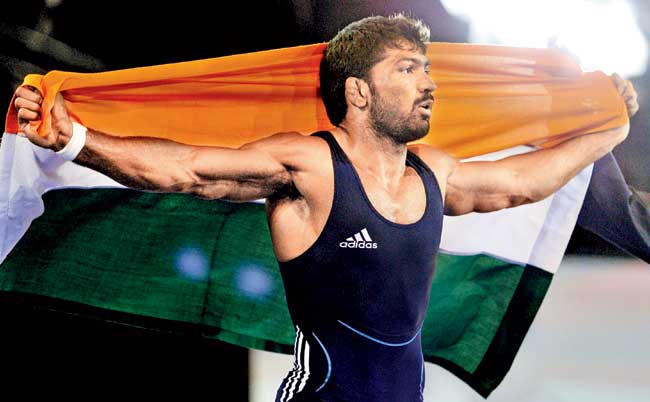 We all love cricket. But loving only cricket isn’t fair. In a nation obsessed over just one sport, the champions in others never get recognized. It is time we change that. This Olympics special column will feature unknown stories of known and unknown persons who will be representing India in this mega event. Learn from the struggle, be inspired by their stories and cheer for their win.

Wrestling is a combat sport which relies on your techniques more than your strength ( the person we are talking about proves that ). It’s a very old form of sport but still finds its ground in modern world. It comes in many forms and styles. Of these, freestyle wrestling is one of the two recognized as an Olympic sport. Wrestling can be further divided into classes based on the weight of the player. Yogeshwar is selected under 65kg category.

If you go to the Haryana regions, don’t get surprised over the wrestling craze there. The state is known for their immense interest in sports and those muddy fighting pits. And it is in the same pits that Yogeshwar grew up fighting in.

But wrestling wasn’t the first career that he had chosen. Yogeshwar was set to be a teacher, just like his parents. But early on in his school days, men fighting each other in the pits amused him more than the subjects he’s made to learn. Unafraid of the consequences, Dutt participated in his school championship. Inspired by Balraj Pehlwan, he prepared for the championship and won. This brought in the much required assurance to his parents and they went on to completely support him. At this point, his journey towards being India’s most revered sportsperson had almost started.

Since then, he never had a hard day in the box. He brought home glory from every possible games – the Commonwealth, Asian and even with the Olympics. His highest point in career was of course during the 2012 London Olympics where he won a bronze medal. He became the third Indian wrestler to bring home the medal. And in the same year, he was honoured with Rajiv Gandhi Khel Ratna Award. 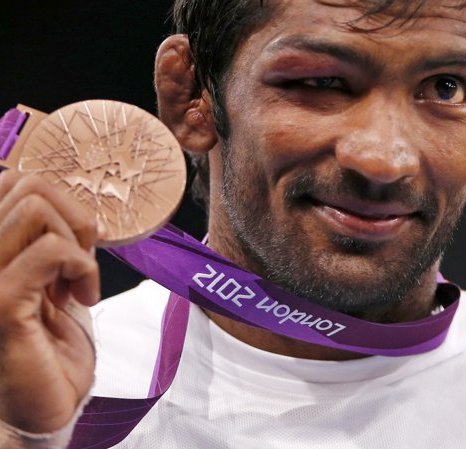 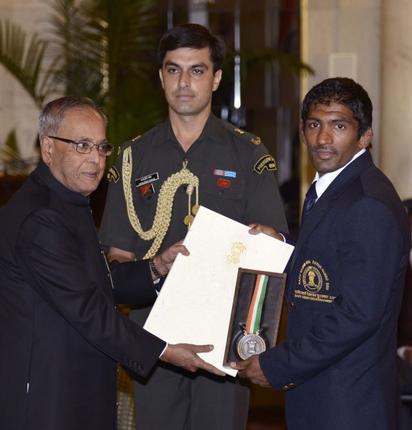 Setbacks never came in his professional life. But he did see a few striking low time in his personal life. Just days before the 2006 Doha Asian Games, his father died. He also sustained a knee injury at that time. But nothing could stop him, and he went on to win a bronze medal there too. He again had a knee injury during the Delhi Commonwealth Games. But he again emerged strong and won a gold medal.

One needs to be more than just a fighter to achieve what he did. Yogeshwar comes off as someone who is emotionally strong and brilliant in tactics.

He nurtured his passion and strived hard to win. And that has what made this small town boy elevate to become one of the best sportsmen of the country.