You Tube is a very strange place. You never know which new video/channel would go viral today. Just when you think the world is saturated with every type of you tube channels possible, there comes yet another that rubbishes the theory and joins the bandwagon.
One of them, I’m sure many of them aren’t even aware of, is the emergence of- Reactions to bollywood movie trailer by foreigners ( I swear I had no other way to put this!).
Now what’s that? You must be aware of the Fine Bros. channel, who make common people react to some video. This is very much similar, except that what they’re reacting to is trailers of latest Indian movies. And for a given channel, they are done by the same people (most channels feature a pair reacting to them). Of course, Fine Bros. have been the inspiration for all of these people to come up with reaction videos. But why movie trailers? And why the hell are they watching Indian movie trailers?

It all started with Bolly Fools. Two NRI guys- Salim and Ravi had given up on bollywood once upon a time, simply because they weren’t happy with the content it was producing. So when they decided that it was time revisit, they came up with this new channel.They thought that it would make an interesting watch to see them reacting to trailers of movies which they have absolutely no clue about! They just used to hit the play button without knowing who stars in it, what genre is it from or what business did that movie do.
It was jackpot for these guys in two ways- one for discovering Indian movies and the other for getting an overnight success. As a pure Bollywood trailer-reaction channel, Bolly Fools leads the pack with 30K subscribers and over 9.4 million views on their videos! Since then, they’ve tried with latest and recommended movie reviews and are now heading towards collaborations. 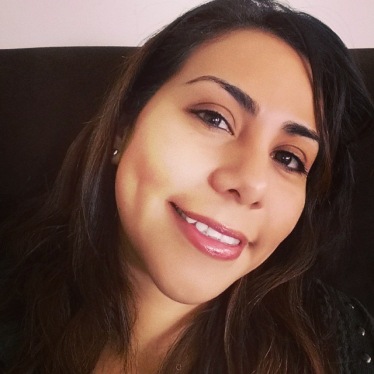 While Bolly Fools was getting its target audiences, other foreign You Tubers were finding it tough to come into the spotlight, as they were just a small drop into the ocean of Hollywood trailer reaction channels. Somehow, somewhere during June last year, a channel called as “Pesh Entertainment” started doing Bollywood movie reactions. And the response was uproarious! Their Baahubali trailer reaction got over 430K views. And this is for a channel who used to struggle for even 5K views. By December 2015, the count of such channels was lost. Yes, it was now the rage!

It’s not that these guys randomly stumbled over the desi stuff. It took the viewers craving more of the Bolly Fools videos and thus their repeated comments on their channel to the maker actually watching those trailers. What is better than to watch somewhat clueless NRI’s reactions? Reactions by the completely clueless foreigners, of course. Once they did start with a film’s reaction, that first video will be flooded with recommendations for the next reaction and the loop repeats.
I find this very hilarious. Visit any of these channels and have a look at the videos they upload. They begin with what they intend to- Hollywood reactions. But they obviously don’t get the views and the channel remains dull…
UNTIL reaction for the Baahubali trailer is uploaded and there is a sudden (at least a 10x) viewership increase. The You Tuber then obviously ditches all his plans and continues making reaction videos for every Indian trailer recommendations they get. It is specially amusing to see that they get some fame *only* for these videos.

FILMS MOST REACT TO

By now you must have guessed that Baahubali: The Beginning is the hot favorite and I’d say, they are the most interesting ones. For someone who has no clues on the massive scale some of our movies are made on, they go in for a huge shock when they see a movie that one would easily mistake to be a Hollywood. Then follows Bang Bang!, for the same reason. To get them a taste of our culture, Bajirao Mastani comes next. To give the SRK fans some peace of mind, My Name Is Khan follows and then, in recent times Fan would join the list. It is not only these big commercial ones, but small wonders like Gangs of Wasseypur and Go Goa Gone are also recommended.
If you notice, I’ve used the term “Indian” movies by now. That is because the craze for South Indian movie trailer reactions is even bigger than the Bollywood counterparts sometimes. It is justified though, given they have movies like I, Enthiran, Magadheera and Eega to boast of!

WHY IS THIS TREND WORKING?

Because of a simple fact that Indians love it when an outsider praises us. We are succumbed to watching a genre being changed in our movies and our trailers, but they aren’t. So it is shocking for them to see the first half of Baahubali being a fantasy and then quickly changing gears to a war epic in the second half. The trailer of Fan, where it being an action thriller was huge surprise even for us makes for a very interesting reaction video.
And like the other reaction videos, these are addictive. Very addictive. You can never sit down for watching just one such video. They seem unnecessary and an absolute waste of time, you can’t help but reach out for it again tomorrow! And with the number of videos being uploaded out there daily, there is no dearth of content if you want them!

Apart from the trend-setter Bolly Fools, there is just one other foreign You Tuber who managed to garner the success that they did, perhaps even more. Jaby Koay, a US based guy started following this trend from December, 2015. He had already gained a little fame with his short films. Needless to say, his channel got an even bigger boost when he settled his eyes on Indian films. He usually does the reaction with a (female) guest which, I think, generates more attention. He now has a subscriber base of 100K and is enjoying over 16M views on his videos. He hasn’t stopped with Hollywood trailer reactions though.
What made them work so much better than the lot is their genuine reactions to the trailers. Most of the You Tubers do it for the fame, and in order to “impress” the audience they give fake reactions. You can call a reaction fake when they begin to like trailers of films like Humshakals, to which even an Indian guy would puke. They discuss for a brief time after the reaction, unlike others who just wave a good-bye once the trailer is finished.
They even had their own fan clubs who would make the comments section a battlefield, arguing on who is better. But recently, both the channels made sweet talks on twitter and even made reaction videos for each other. Now, they have announced that there will be a collaboration videos pretty soon.

You can never predict the future of a trend. But one thing is for sure- it would be very difficult to any of the other you tube channels to come close to these two. Trailers won’t stop, of course. And people’s crave for fame won’t stop too. All you need is a good internet connection, a laptop with a working webcam and some shocking expressions to make. Voila! You can now be famous.
So this trend is both good and bad. Good, for Indian movies are being recognized by many of the outsiders and are getting a good amount of praise. And bad, for some of us are being fooled into thinking that they are actually interested in seeing those trailers. Let’s admit- if you are made to watch the trailer of foreign films which you have no clue about and you don’t understand anything that’s being said in it, you won’t “love” it for sure!
So yeah, as I said in the beginning, You Tube is a very strange place.